The website is running on a Raspberry Pi B v2 with Ubuntu as operating system. The distance between my QTH and the access point PI1UTR on the Gerbrandy-tower (IJsselstein) is about 5 km. I use a 5GHz WiFi connection to access. For this (is) was a Ubiquiti AirGrid M5 HI POWER antenna (Vertical Polarization) on the roof. Power is about 3 dBm with a gain of 27 dBi.
In the winter there are no leaves on the tree which is exactly in the line of sight, so the connection is stable. In the summer this "beautiful" tree gives a reduction of more then 15 dB and the 3 dBm output power is no longer sufficient. Fortunately, the Ubiquiti has a maximum output of 25 dBm, so there is still room.
If the connection is no longer reliable by then, I will have to go back to a VPN connection. 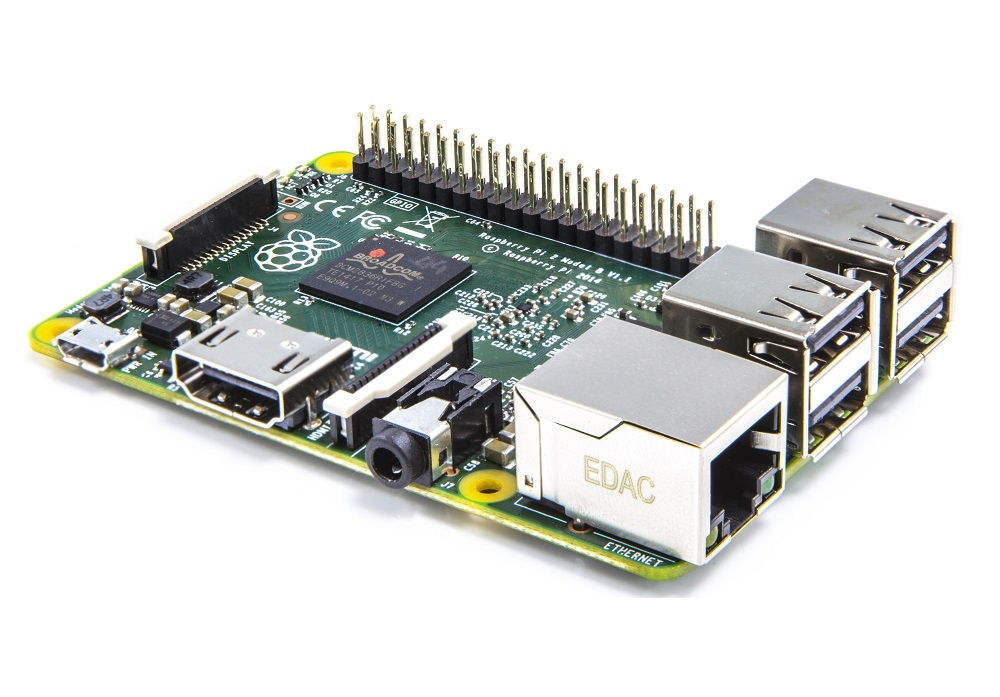 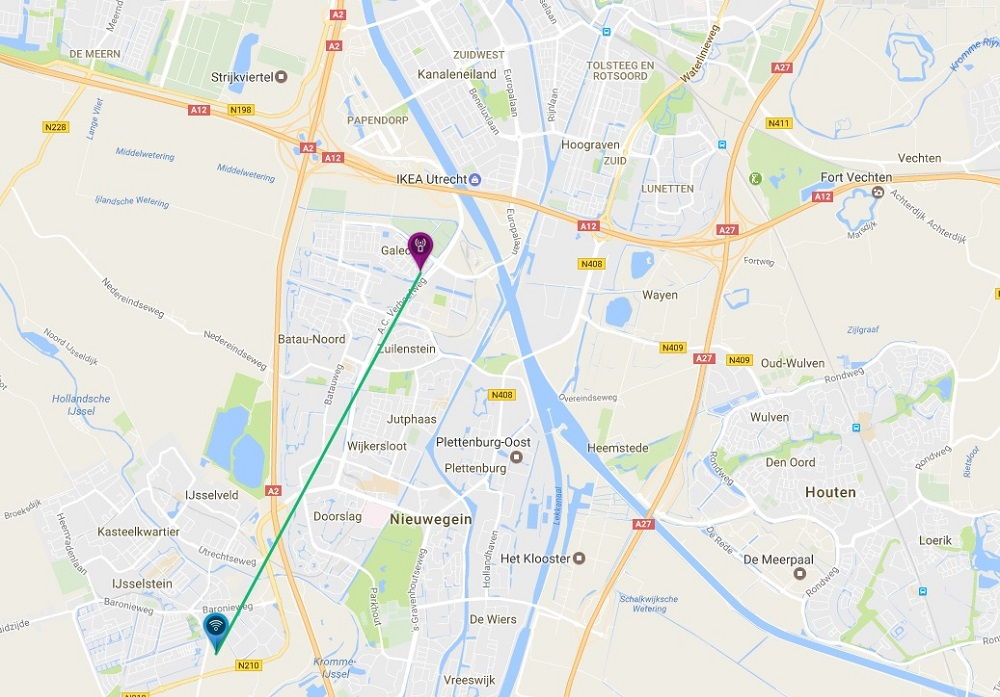 For an experiment to stream video I connected a camera to the RaspberryPi whose images are only shown on HamNet. It's the well known RaspberryPi camera module version V2.1 and we'll see what the results are on Hamnet.
No guarantee that the camera is always on.

Unfortunately, the Ubiquiti stoped during my vacation. No power led, no connection, nothing at all. The POE was oké, so the problem had to be in the antenna itself. Fortunately, it appeared to be easy to open it. The front cover is very easy to remove, it is only snaped on the base and sealed with a small amount of (silicone) kit. Although I have no examples, I do not think it's very waterproof in the long run. I do not know why the Ubiquiti has gone. The PCB is not visibly affected by water, but that is of course no guarantee. It happened during my vacation, so a user error is excluded :-) I know, is not in the spirit of a "real" radio amateur, but for now I have to use the good old VPN connection again. 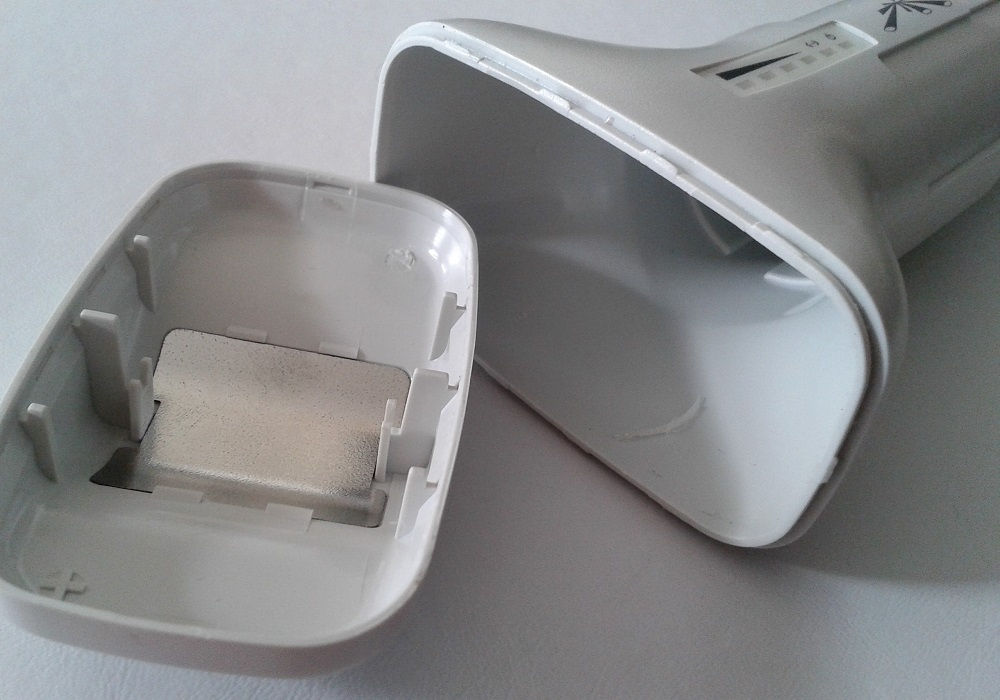 Back on (5GHz) track

For 18 months I was not very happy with the fact that I could no longer connect to HamNet over the air. Eventually I made the decision to buy a new WiFi device again and to establish a connection with the Gerbrandy tower AP. It has become a MikroTik RBLHG-5HPnD-XL. 27 DBi gain and a built-in router. I also purchased a MikroTik RB750R2 router for expansion in the future. A setup with lots of possibilities and as many problems to overcome. With the help of Rob, PE1CHL (HamNet expert) we managed to get everything on track. It is a very instructive project with plenty of opportunities and challenges. 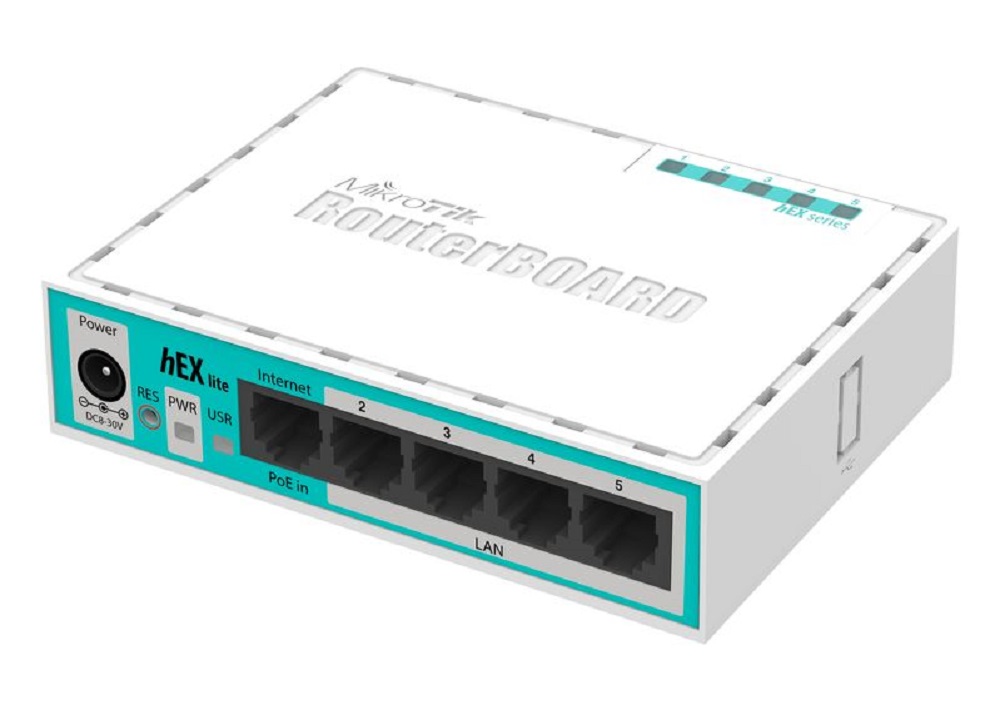 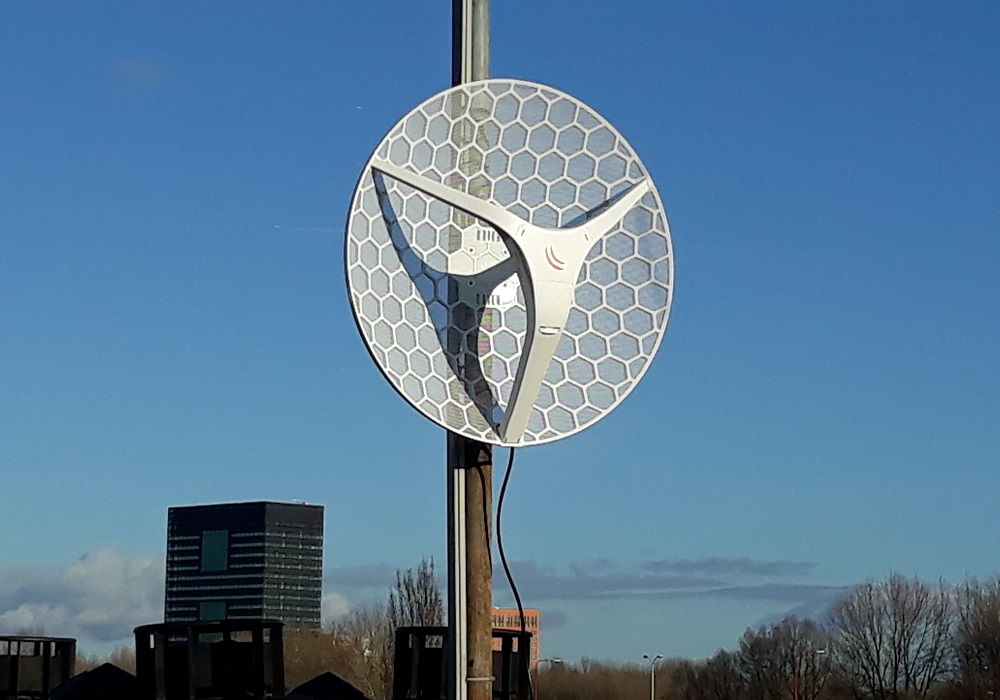 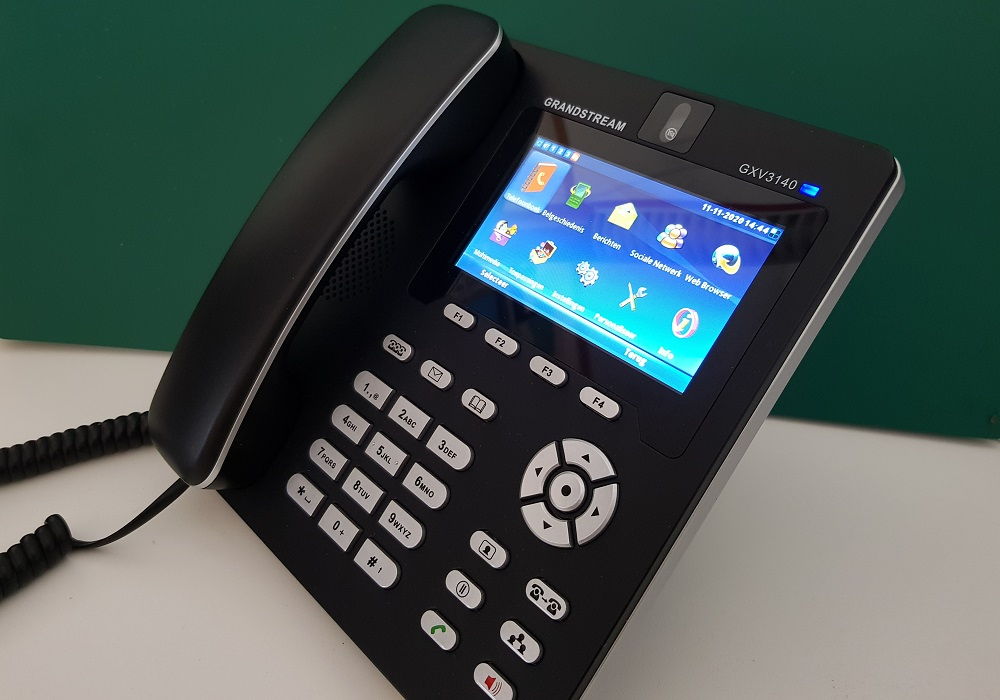 Hamnet has many usages, including VoIP (voice over ip). I thought it would be a nice opportunity to explore a little further here. The first thing that was needed was a telephone that was suitable for the SIP protocol. Fortunately, these are for sale in abundance on the second-hand market. I was able to get a Grandsteam GXV3140 with a nice color display for a ridiculously low price. Since the phone was launched about 10 years ago, most apps will stop working, but that's all in the game. After getting an account and password from the administrator it was a piece of cake to get "on-line". With a crystal clear sound I can now make calls to other HamNet users, including a conference option and voice mail. Video calling is currently in development and initial findings are hopeful so I expect it to be available soon. I have internet radio on which even a national repeater (70 cm - PI2NOS) can be heard. There are tons of possibilities, plenty to discover.

While it's not quite HamNet related, I recently came across the Hamshack Hotline website. It is a FREE dedicated VoIP telecom service for the Ham Radio community. Although the term "hotline" initially suggests that only emergency traffic is possible through these servers, it is possible to get in touch with thousands of hamradio amateurs around the world via VoIP. Although Hamshack Hotline also works on the Grandstream phone, a Cisco SPA525G has been purchased for this occasion. This has fancy LED's with which indicates the status of the lines and individual subscribers. Just for fun.
I would definitely recommend taking a look at the website and discover the many servers with their capabilities. Very interesting and ... it's free.