Some time ago I noticed that my dipole antenna was no longer working as before. The setting of my tuner had to be different to get a proper SWR and the reception seemed to be a little less and with some more QRM. Later I discovered that one of the transmission line legs of the Wireman CQ 553 - 450 ohm ladder line was no longer connected to the antenna. Because of the wind and the many movements of the cable one of the steel wires was broken. In order to avoid this type of error in the future, I had to secure the line in a better way AND I decided to make a Symmetrical Antenna Current Meter. On the internet I soon found an article from PA1G (Gert-Jan) which corresponded to my requirements. Easy to use, easy to build, no more then a few parts and suitable for 200 watts. 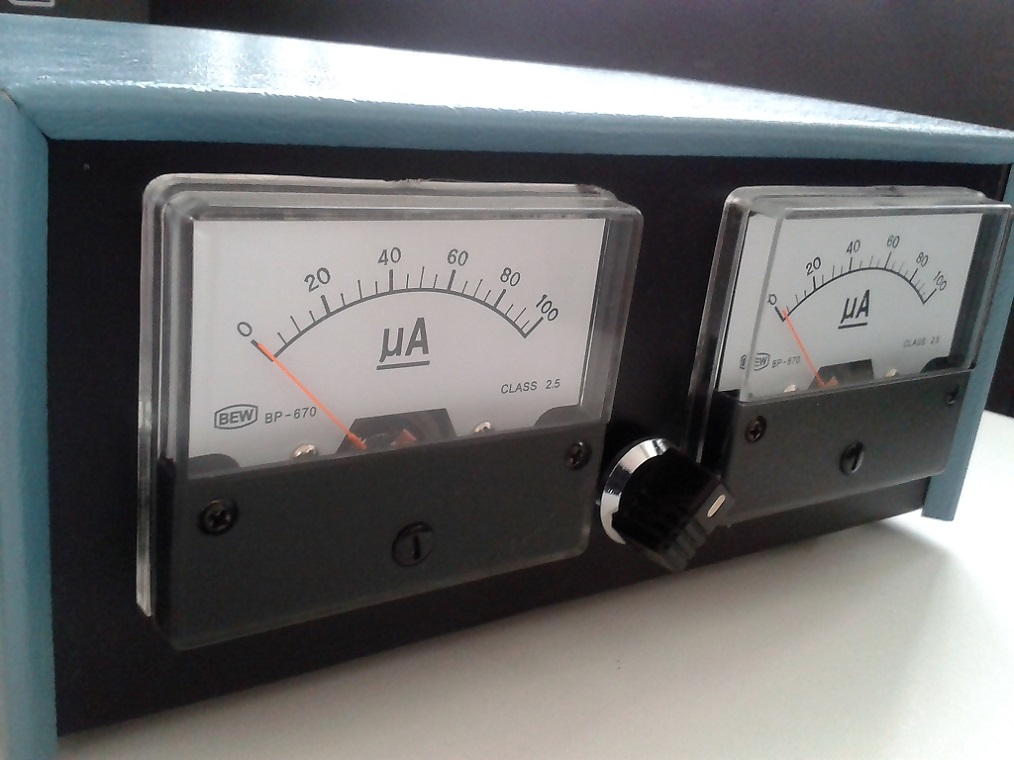 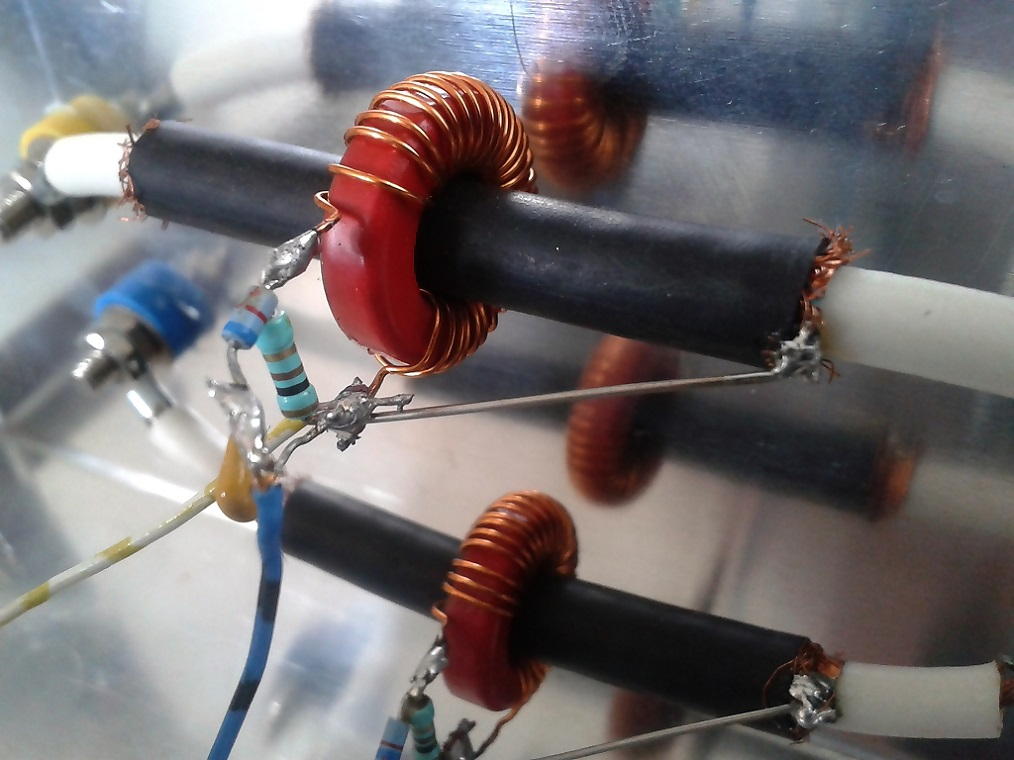 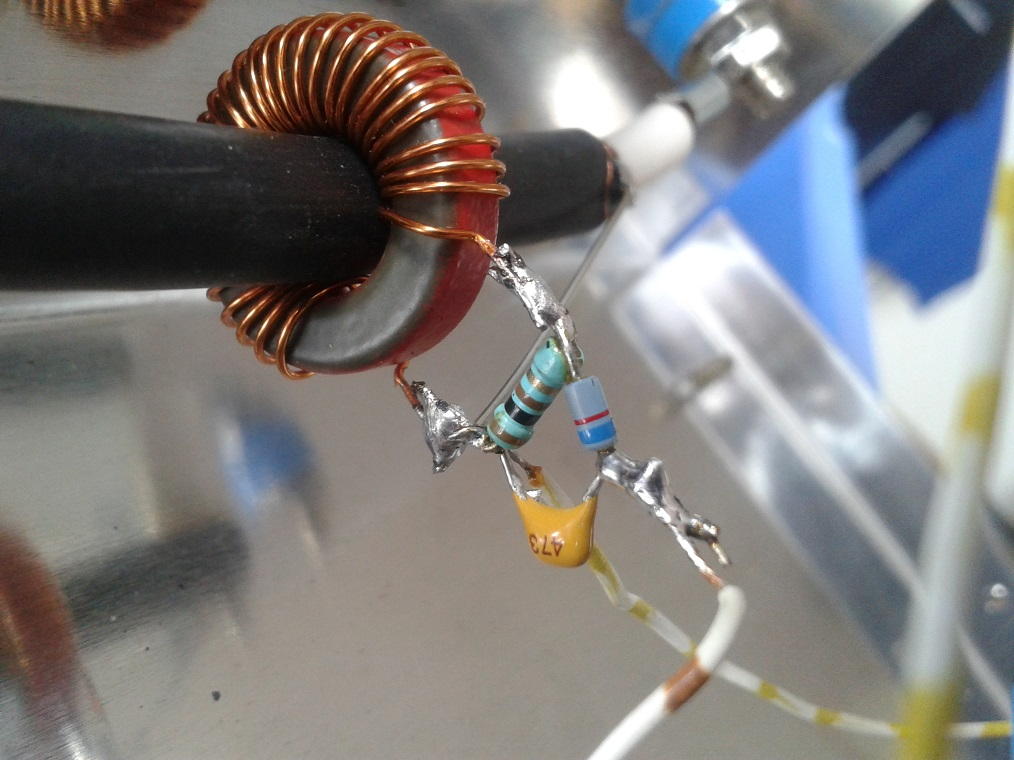 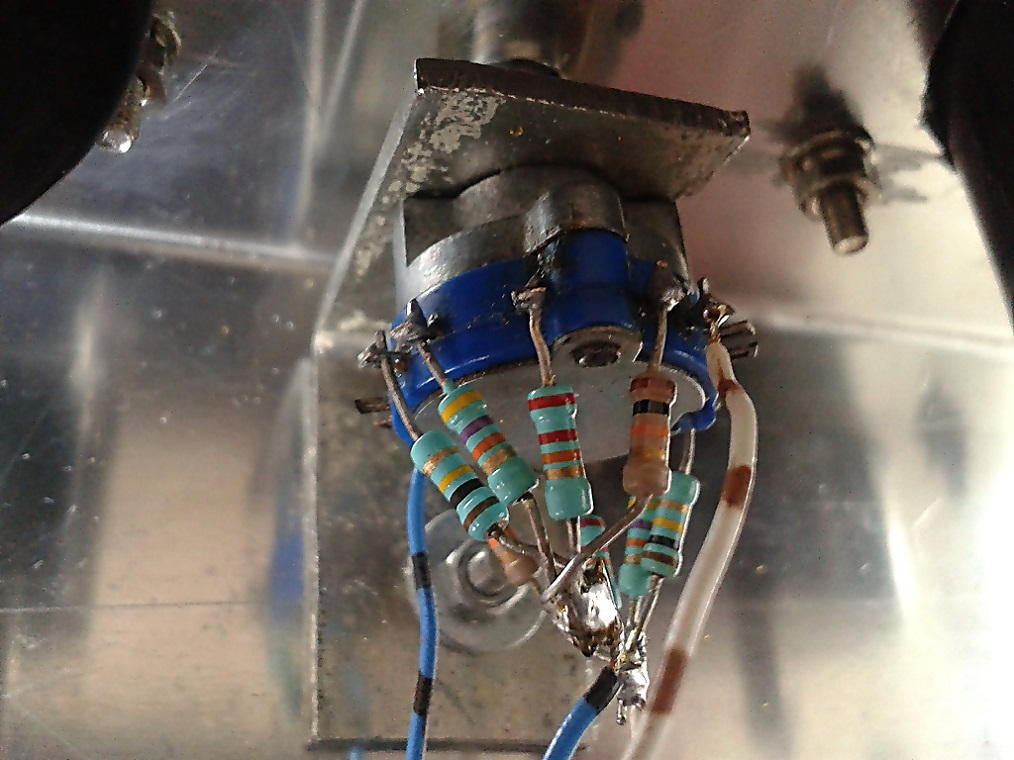 For the two cores, I took T68-2 cores from Amidon. Both are wound with 30 turns of 0.5 mm enamelled copper wire. The entire package is slid over a piece of Aircell-7 coax cable. The screen of the coaxial serves as a Faraday screen. This Faraday screen is connected via a short wire to the "bottom" of the transformer. Note that the screen should be grounded on one side only. Later I read on the website of PA0FRI (Frits) that he assumed that it is better to leave the screen away. The capacity is then limited to the minimum. Read his article about his motives. I leave it as it is, so on these pictures it is not done. Because `life is too short for QRP`, for me it was not necessary use Schottky diodes and I simply used 1N4148. (in this case a "junkbox" equivalent)
This device is already built by many radio amateurs and it is gradually becoming a classic circuit. 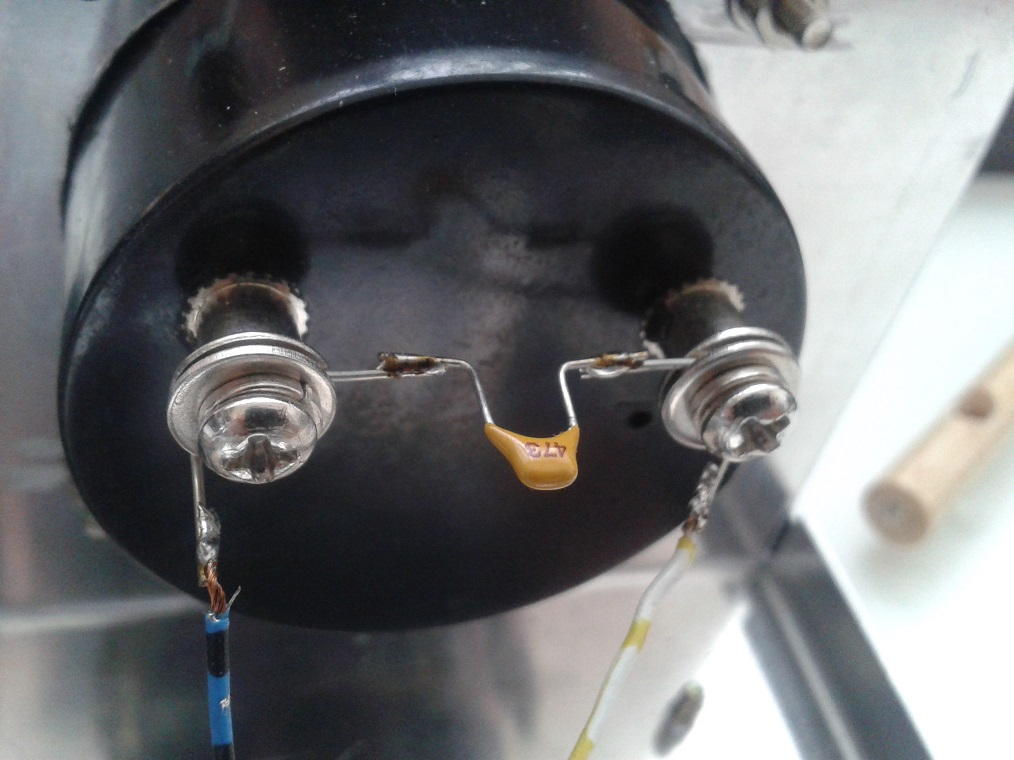 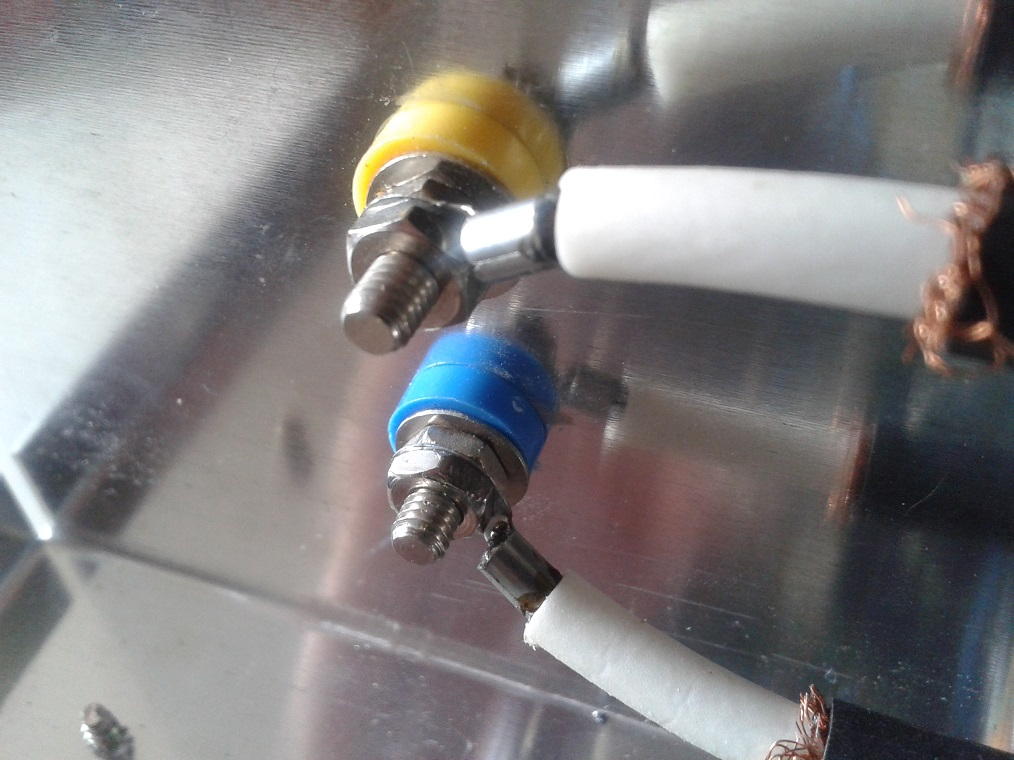 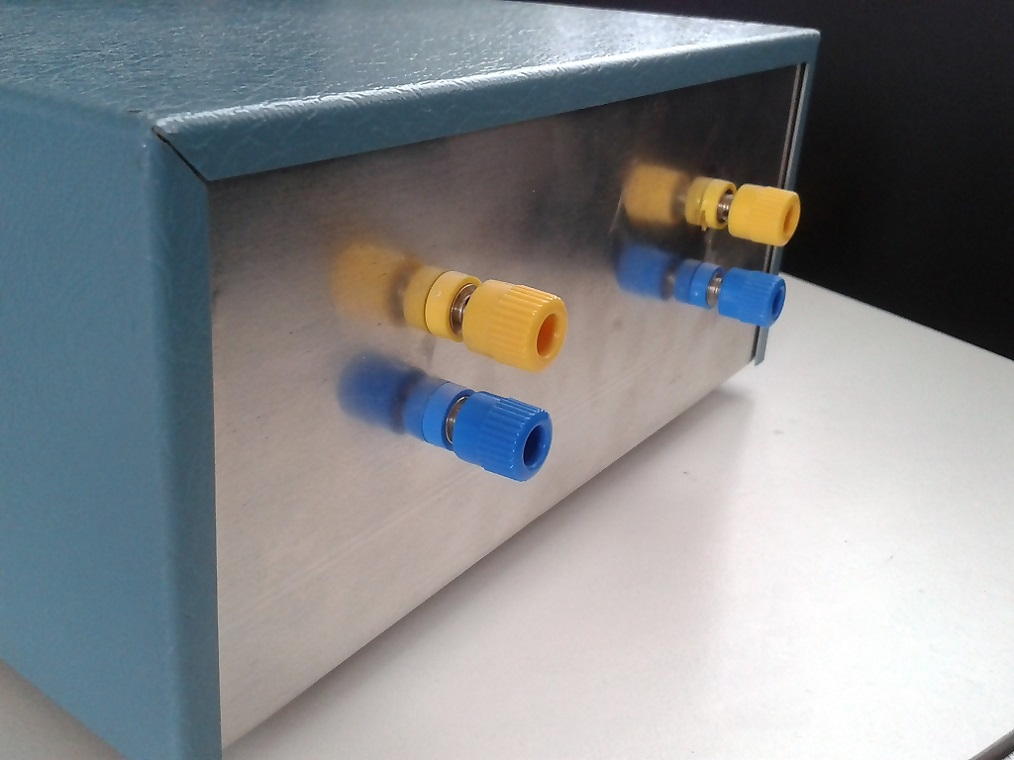 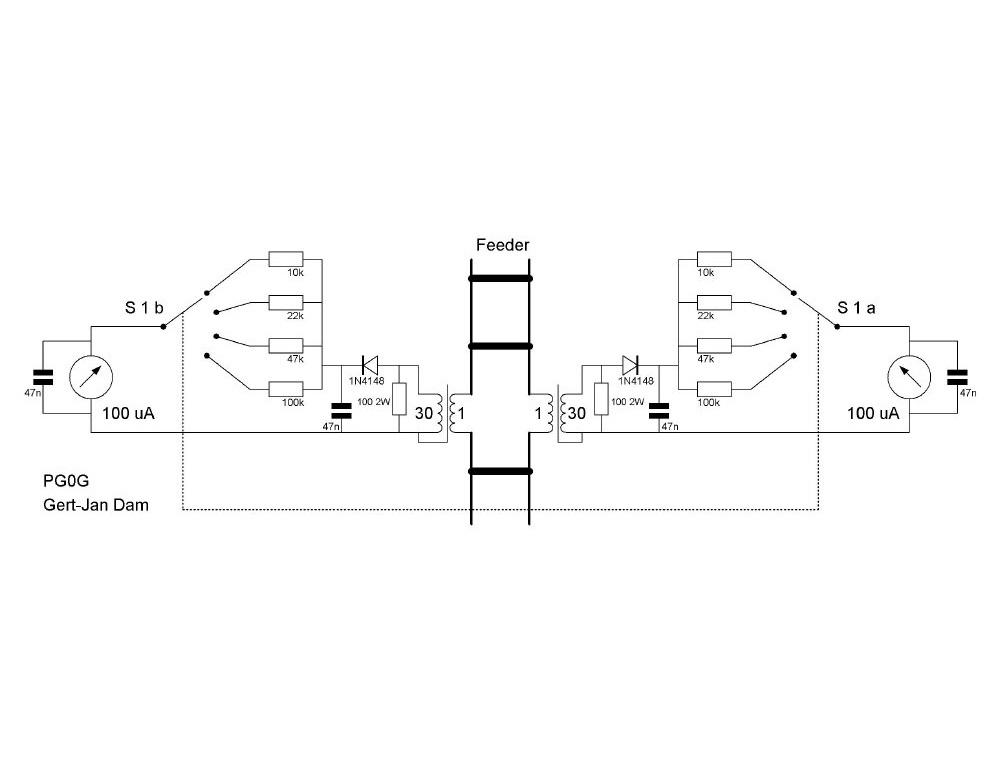