Testing a SSB transmitter requires a different approach and modulation type than a FM or AM transmitter. That's because, if you put a single (sinus) signal on the microphone input, the transmitter will show a nice carrier which as much of the set (suppressed) carrier departs as the modulating frequency. So, here are other measures needed. The modulation of an SSB transmitter is made with a so-called “dual tone oscillator”. A device that produces two tones at a time. This makes it possible to see the behavior of an SSB output stage, or modulator. Here is a simple build tool which can also be used a single tone generator that allows you to search any error in low frequency equipment. 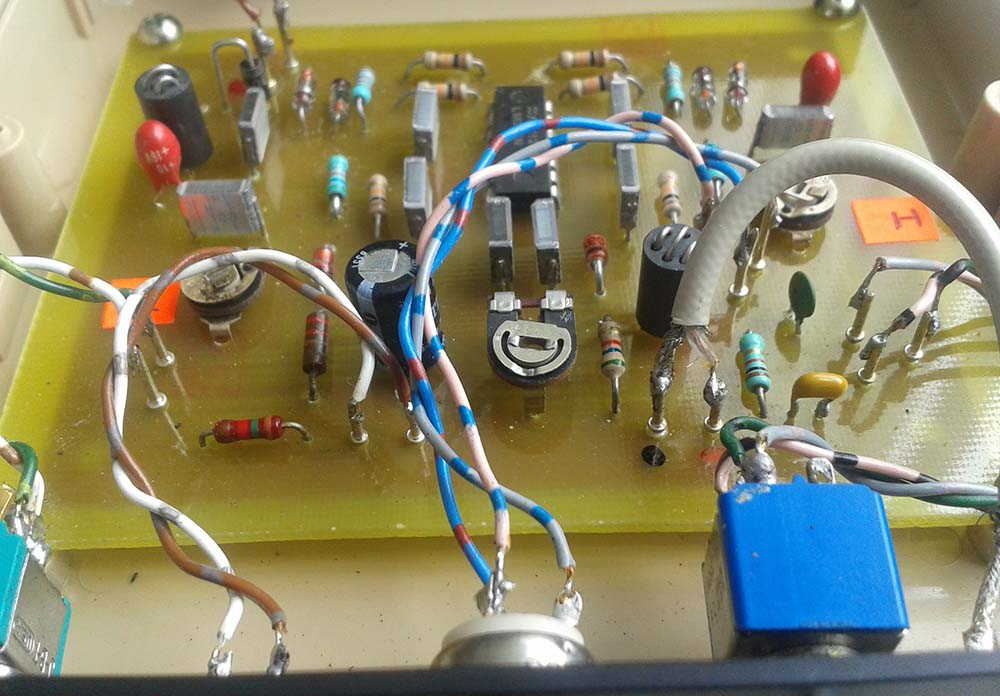 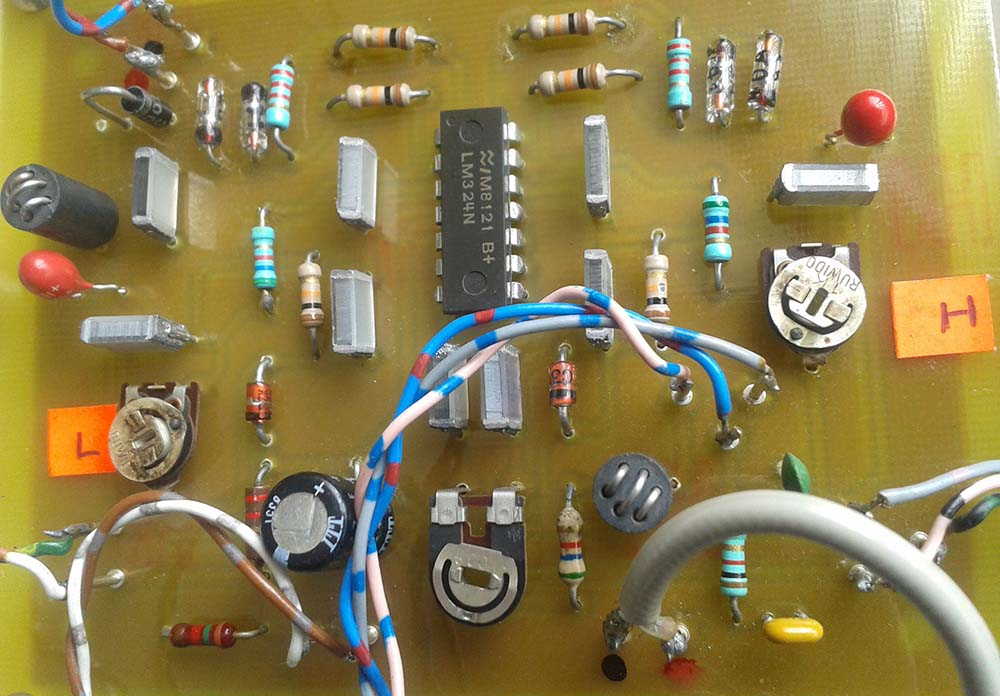 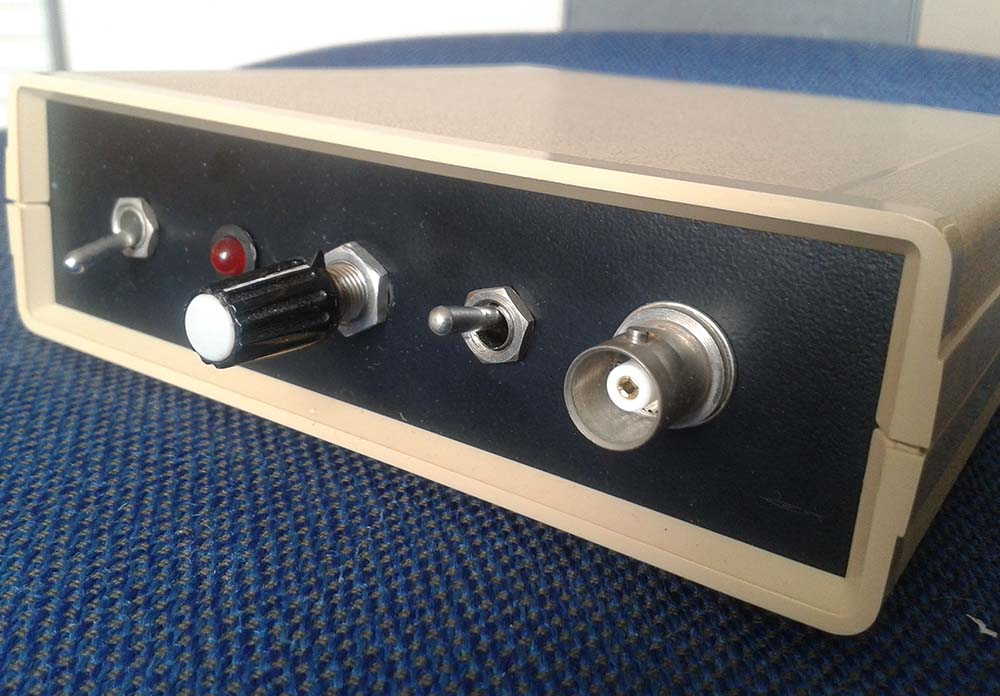 The core of the circuit is a single IC, which contains four operational amplifiers. Two of these amplifiers are operating like in a Wien bridge as an oscillator (LM324_1 and LM324_3). The other two opamps act as a buffer. The OA85 germanium diodes are amplitude limiters. The two tones are combined by the potentiometer Raj3, after which the signal is fed through the volume controller of 4k7 at the output. You can pull one of the two Wien Bridges oscillators with a 100 nF capacitor via the switch S2 to ground. This will pull the bridge completely out of balance and you obtain a single tone. The two oscillators are adjusted to the standard measuring frequencies of ~1000 and ~1300Hz 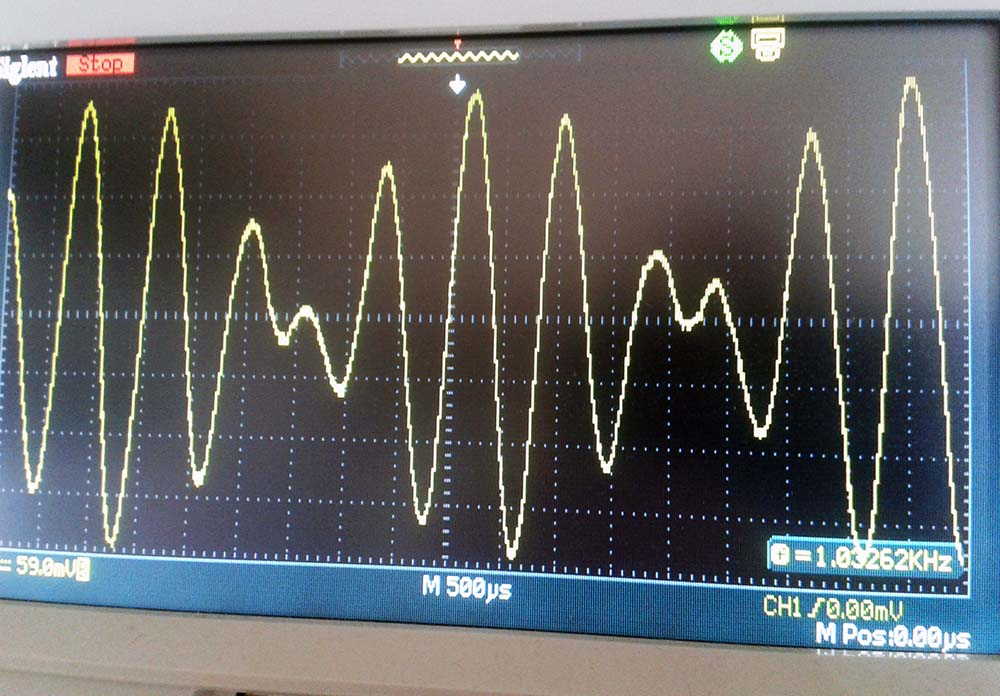 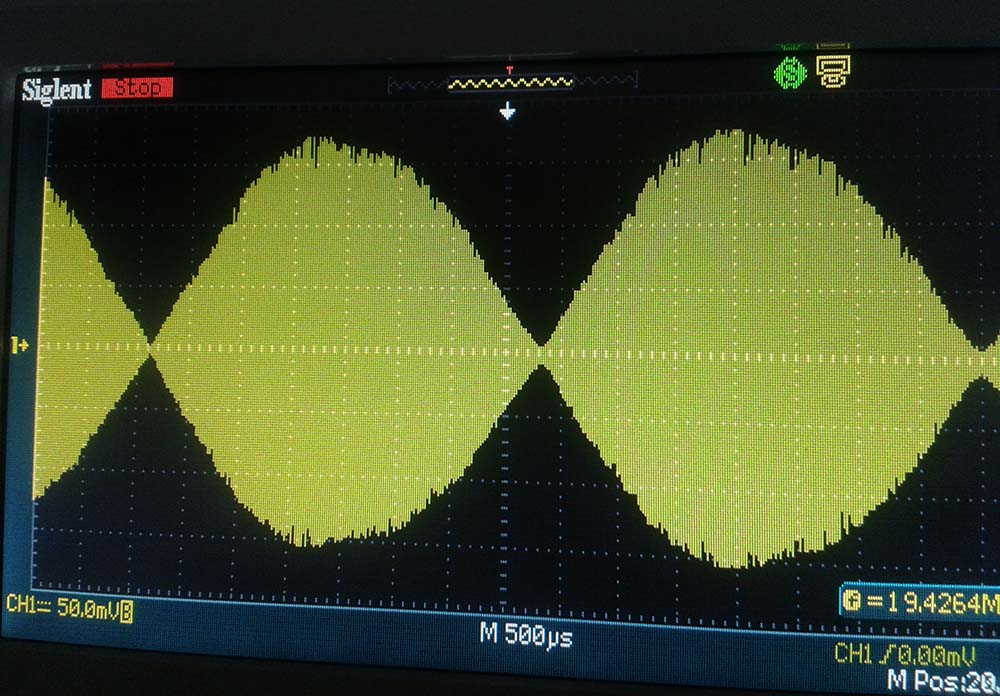 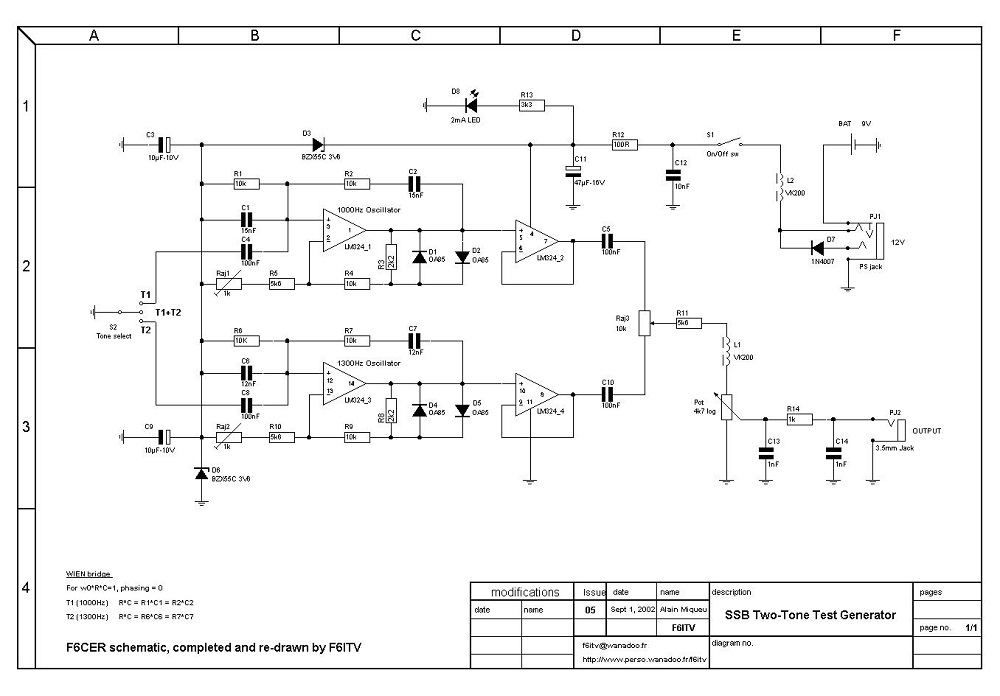 The PCB is well-kept and the wiring of the control components is good to see. The circuit current is about 60mA @ 9V and could easily be battery powered. After powering-up you must adjust the two tones with an oscilloscope or multimeter with the balans potmeter Raj3 to be exactly an equal strength. Thereafter, the double- tone oscillator is ready for use as you can see on the oscilloscope.