I was curious about the broadcasts of SAQ Grimeton (Sweden) at 17.2 KHz. Because my Yaesu is not able to receive VLF (lower than 30 KHz) I decided to build a simple up-converter that converts the VLF signals to intermediate frequency from 10.010 to 10.500 MHz. It became a very simple converter whose operation can be explained in a few words.
The antenna signal is filtered by a low pass filter with a 900 KHz cut-off frequency. This filter also serves to keep the 10 MHz oscillator signal away from the input. Then the signal is mixed with the 10 MHz oscillator signal in a Philips SA612 mixer, and then provided to the receiver via a 10.7 MHz transformer.
Because the crystal frequency was not exactly 10.000 MHz, I replaced C7 by a 40 pF variable condensator and a fixed capacitor of 22pF (on the backside of the PCB). The power consumption is very low (3.5 mA), so the whole circuit can easily being powered by a 9 volt battery. Because (charged) batteries are not always available, I decided to add a 6V8 zener diode and a 1K resistor, so that the converter also can be powered from an external power supply.
To make it extremely easy for you: the converter was available (as a kit) at Kent Electronics.
Currently I use my dipole antenna (2 x 16 m) and the MiniWhip, but look at the new trends blow this page. 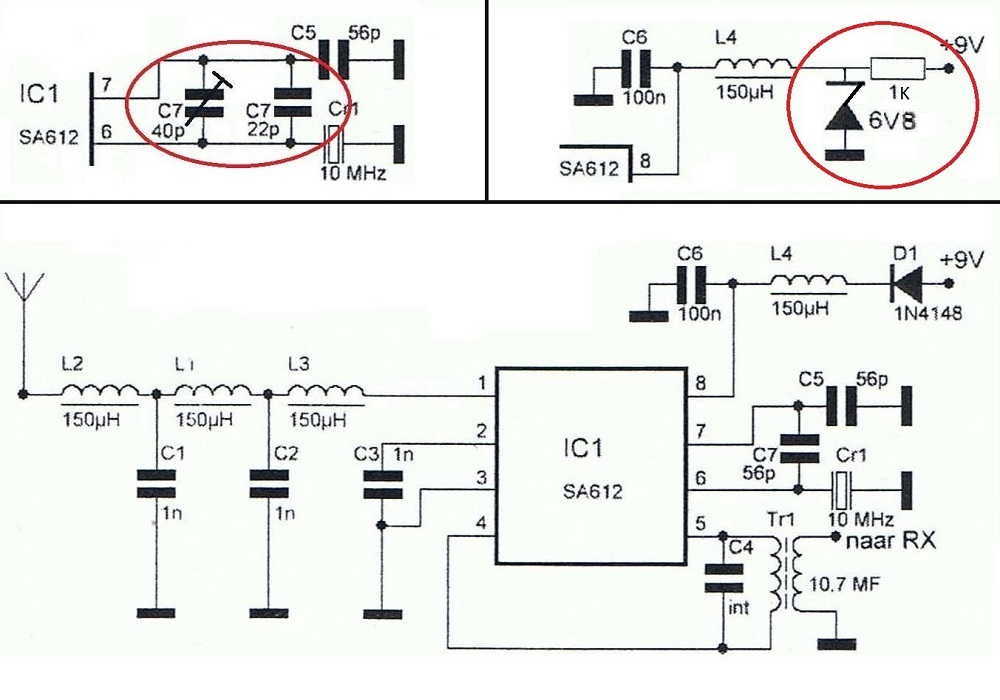 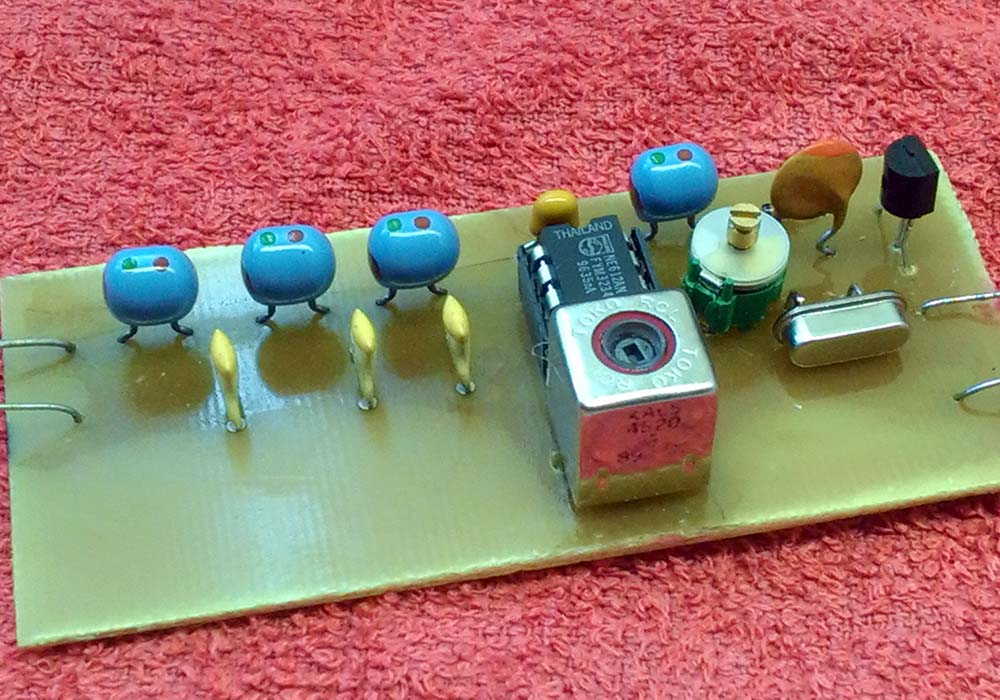 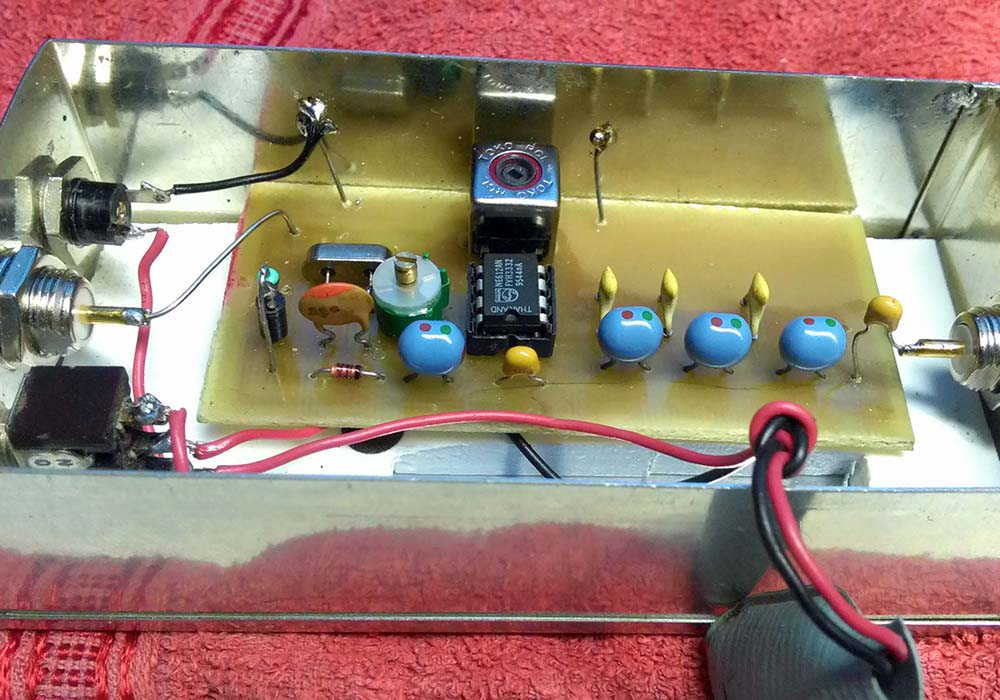 December 24, 2015 was the moment of truth: SAQ came on the air with its annual Christmas message.
Although the band was very noisy by strong stations as RSDN-20 @ 19.1 kHz and DHO38 @ 23.4 kHz, I managed to receive the CW signal Q5. Maybe I'm going to use a low pass filter with a lower cut-off frequency (150 kHz) in the future. That will certainly work better. I reduce the MiniWhip antenna signal for about 30dB to not have too many problems with the strong stations. For me it was a very nice experiment and I am looking forward to the next broadcast of SAQ in 2016.

Good can be better

After playing around for some time the lack of a narrower low pass filter became more and more annoying. I have no interest in broadcast stations above 200 KHz, so I decided to look for a different design. OM Ernest, PA3HCM came up with an article that was originally published in the dutch electronics magazine Elektuur, June 1988.
This is a converter with a 150KHz lowpass filter and that is exactly what I needed. This filter suppressed almost the entire LW broadcast band.
At 162 kHz, France Inter ( 2,000,000 watts and scheduled to be closed in 2016) has already been sufficiently attenuated.
The converter has a small input amplifier, a balanced mixer and the output is filtered and matched to the low input impedance of the receiver. All together it definitely has a better performance than the more simpler converter above.
It is not very spacious but the entire circuit fits in a tin box of 55 x 75 x 30 mm.
Ernest has written an excellent article on his blog about this converter and his experiences receiving SAQ on Christmas Eve 2015. An article which is definitely worth reading. 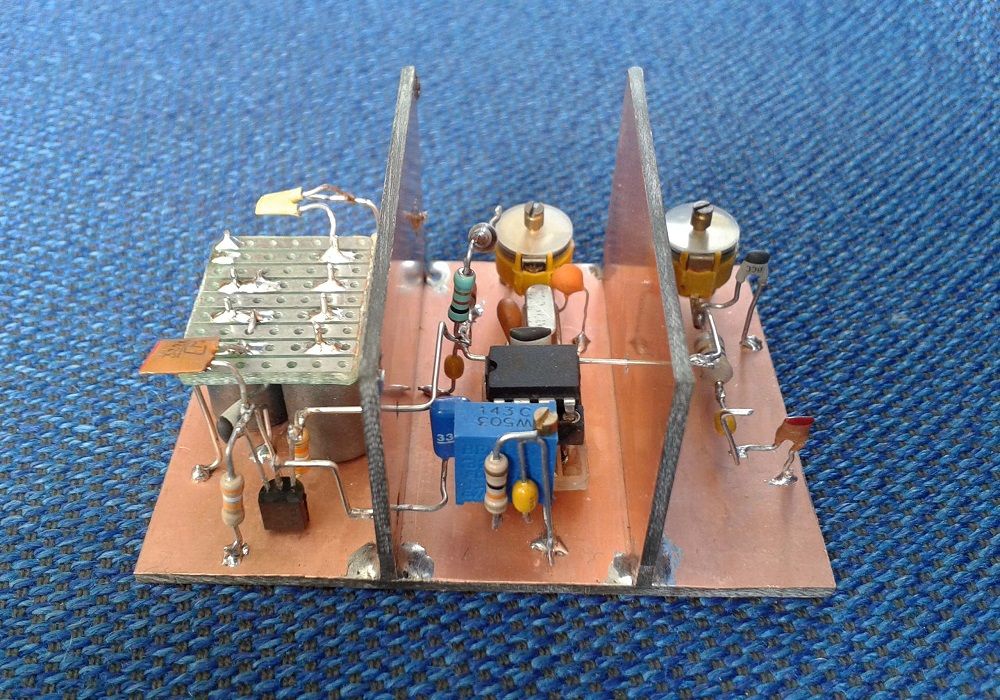 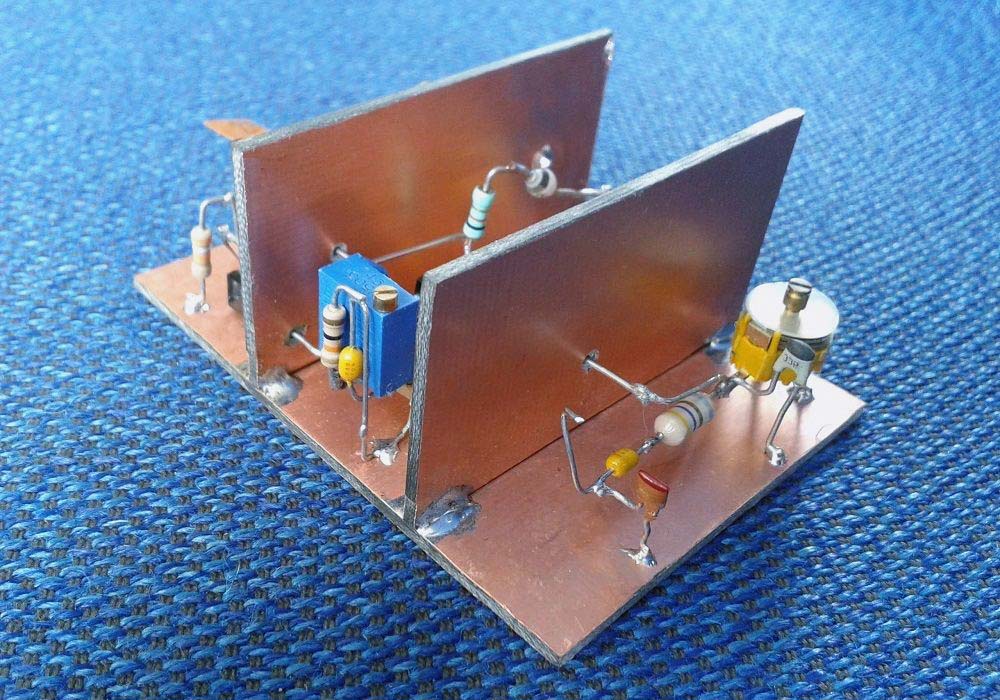 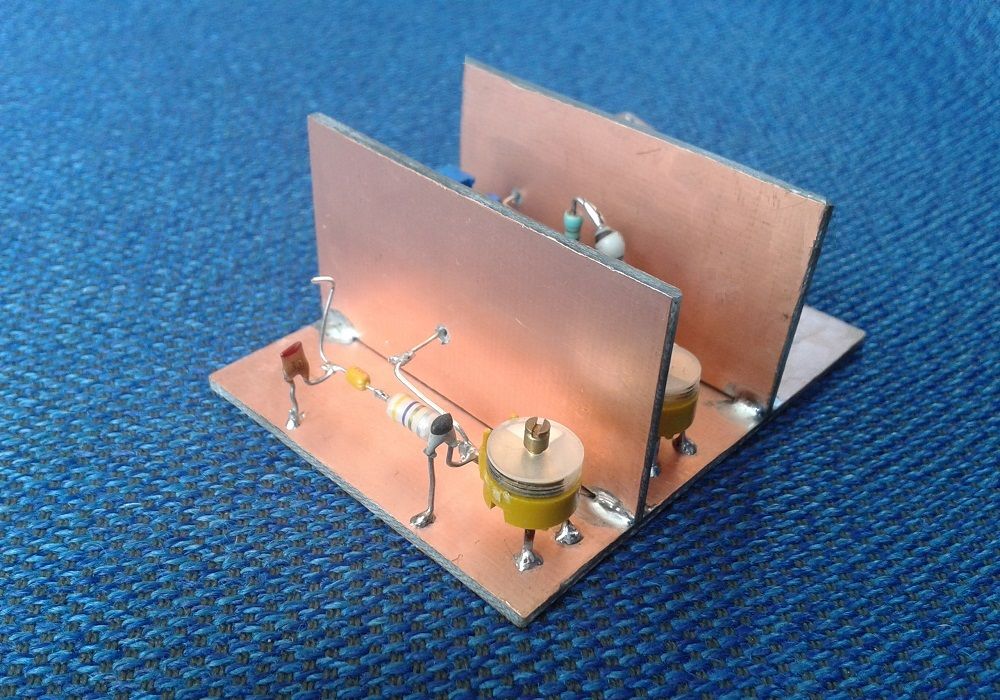 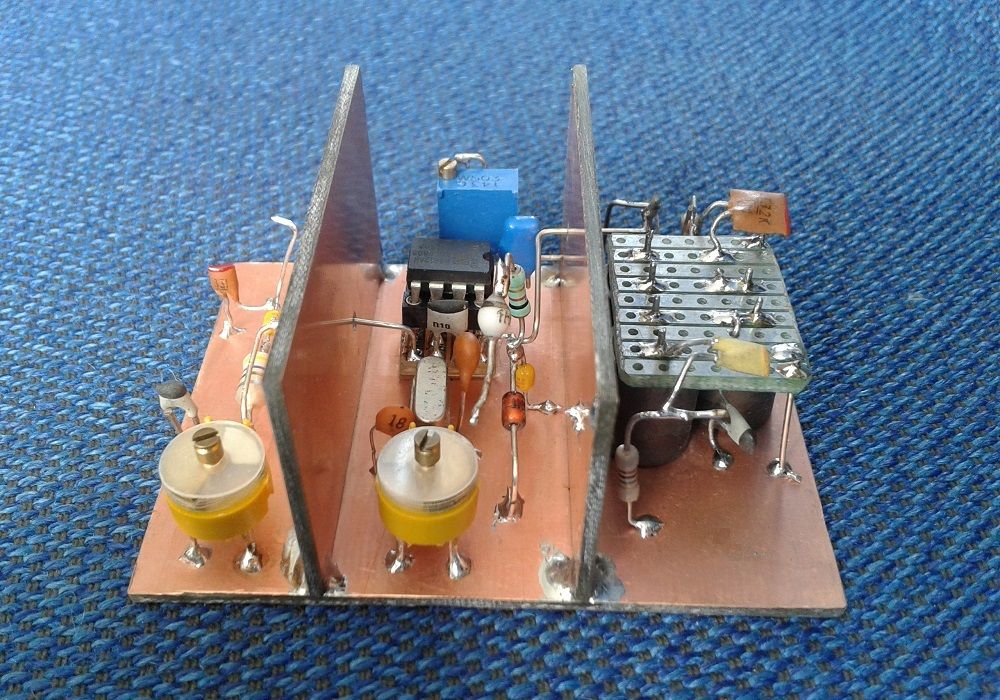 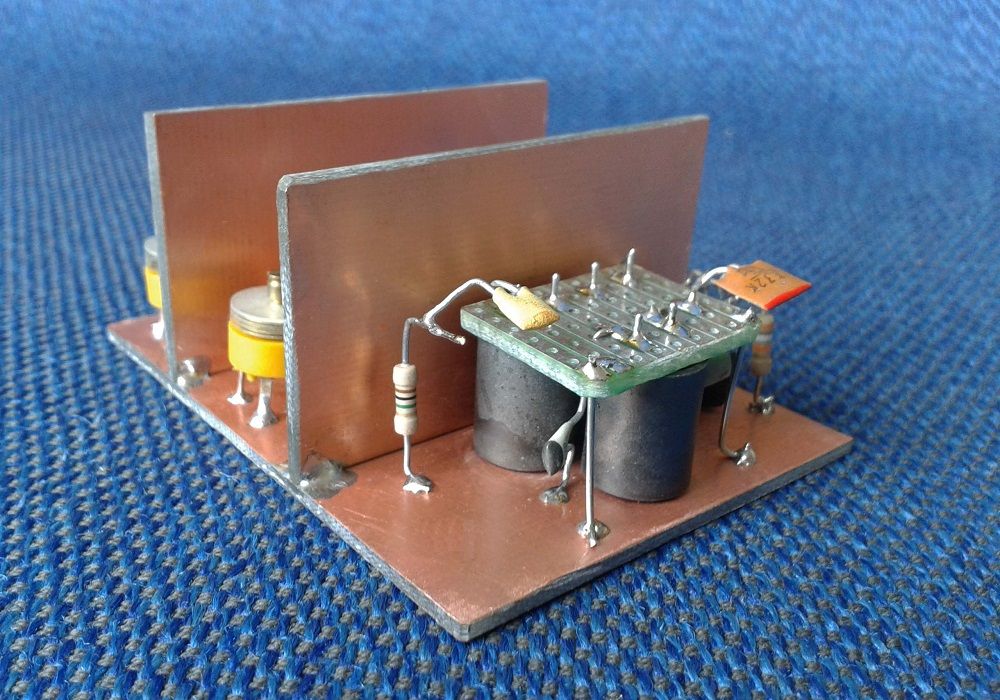 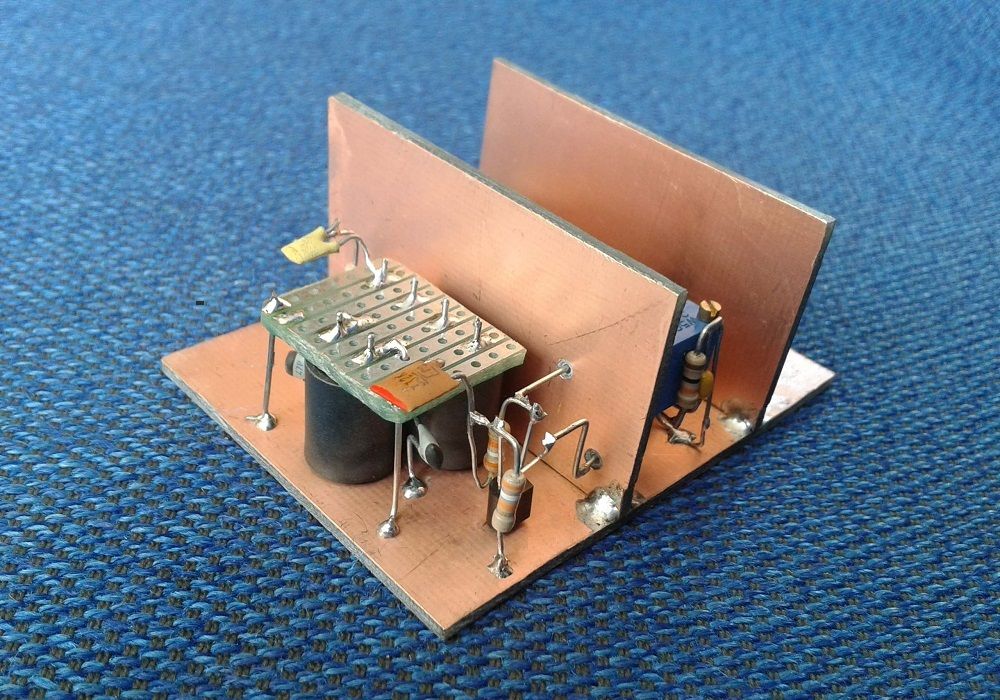 Although the MiniWhip gives a very decent result on VLF is picking up local interference a problem. So I started making the square magnetic loop antenna. The loop is approximately 4 * 0.95 meters and has 100 turns, so there is almost 400 meters of 32 AWG "wire rapping wire" used. This makes the inductance of the loop ≈ 36 mH. (calculated, not measured).
The coupling loop has 4 turns. The alignment for SAQ (17.2 kHz) can be done with a 1000pF variable and a 2n7 fixed capacitor in series.
As all small magnetic loop antennas are, also this one (1:43 λ) has a very narrow bandwidth a sharp peak at the resonance frequency. For broadband-listening a not so useful future as you have to change the fixed capacitor every 3 to 4 kHz.
I do not know what I will do, look for an opportunity to create a larger tuning range or make the antenna less selective. (Without the coupling loop and tuning C's)
The result follows later ....... 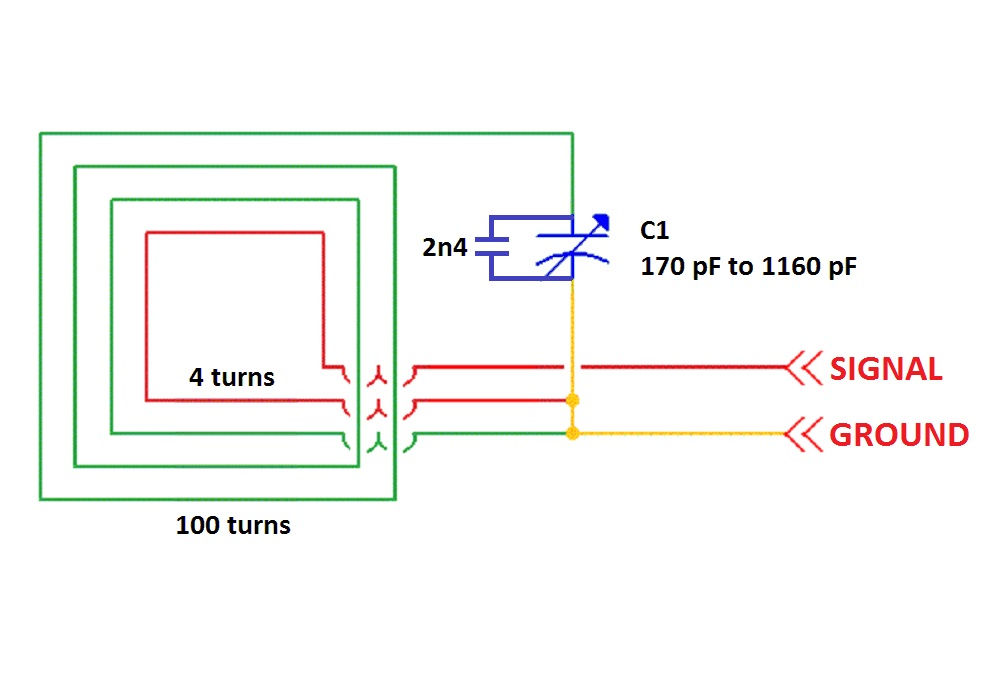 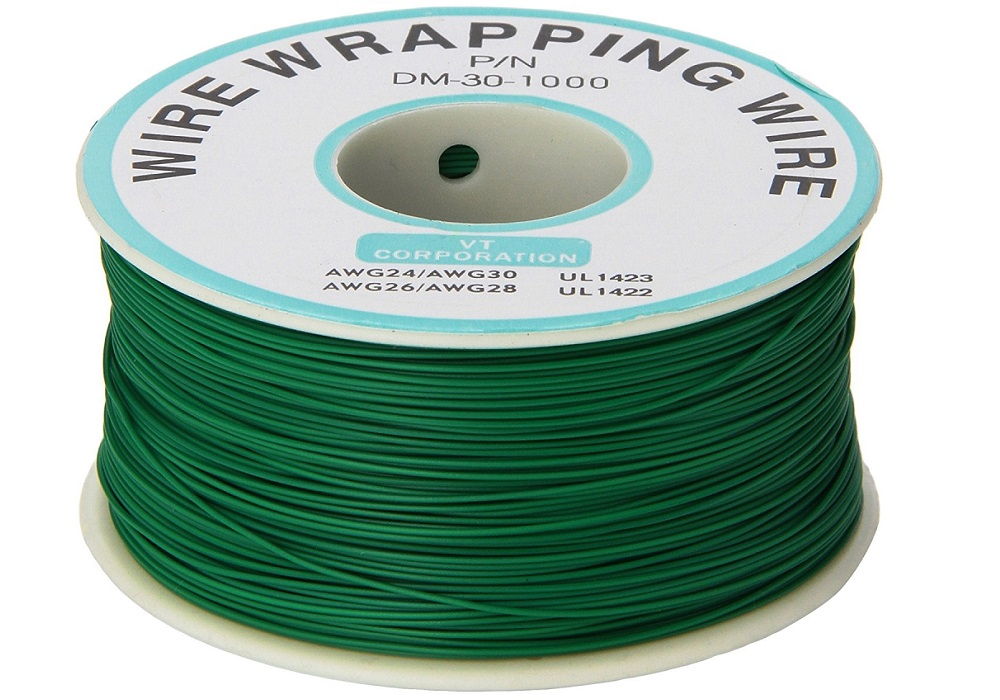 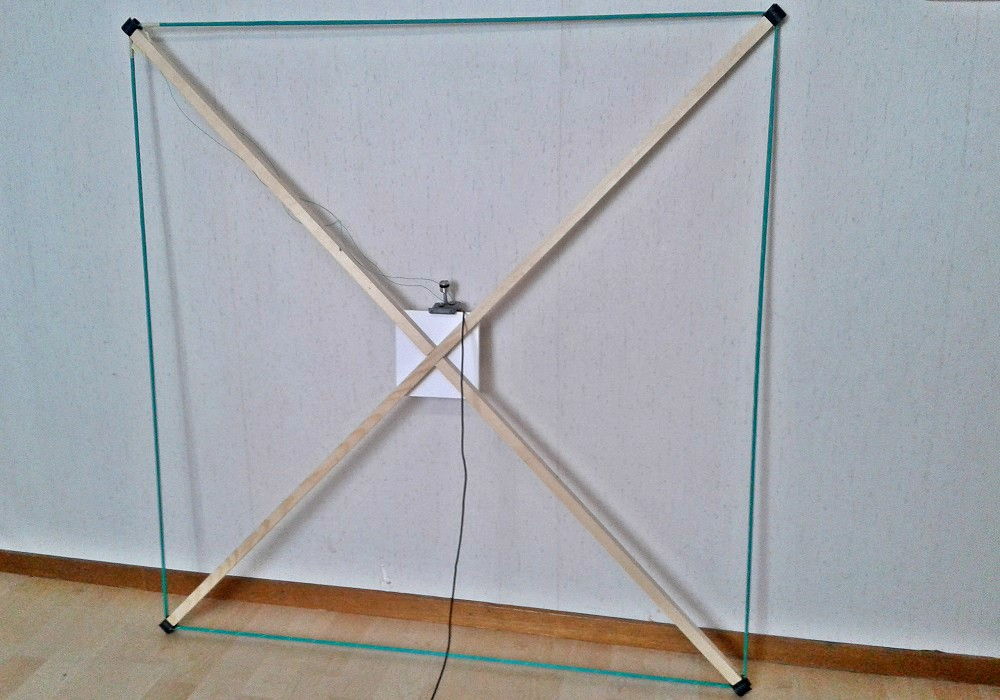 I have now found a simple but effective solution.
Because I am mainly interested in the frequency of SAQ (17.2 KHz) I replaced the variable and fixed capacitor with a fixed 2.7 nF. This makes the antenna resonant at this frequency. For (broadband) reception, I can put the coupling loop in series with the main loop with a double pole switch, which also shortens the C.
As a result, the antenna has four more turns, has no tuning C and become much less selective. For me the best of two worlds .....
Unfortunately, I have not yet been able to test the loop for SAQ. Both the annual Alexanderson Day and the Christmas broadcast have been canceled for the year 2017. More info about the long wire antenna problems of SAQ you can find here. 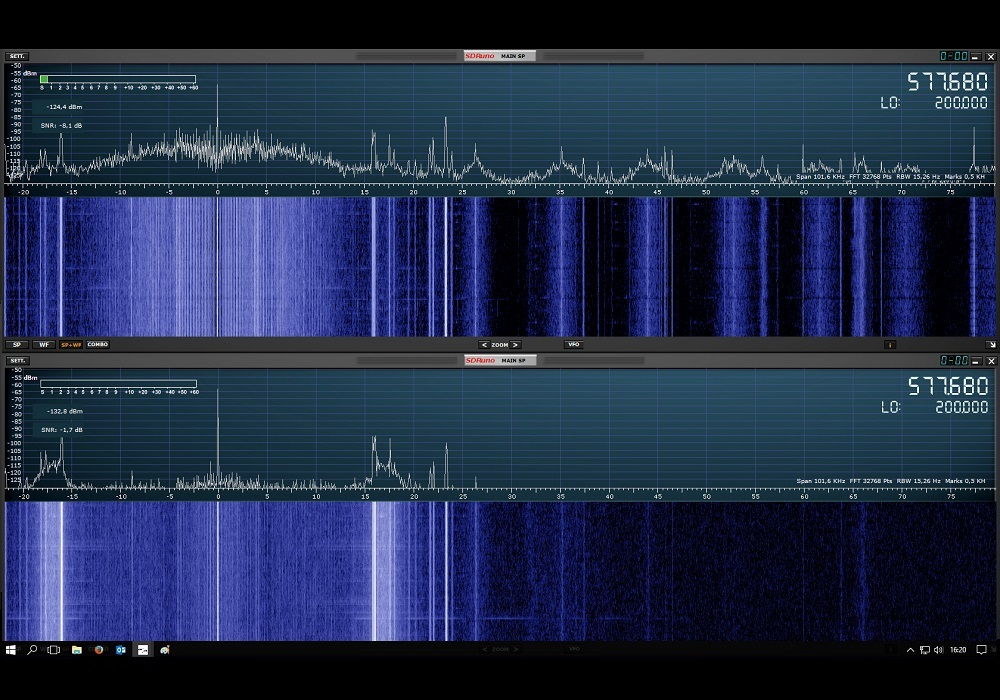